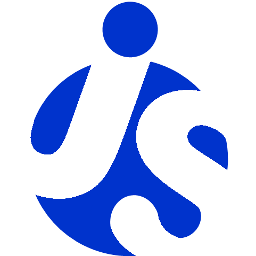 delite/popup is the main mechanism within delite that enables the creation of pop-ups like dropdowns and tooltips. It is used by every widget that creates a pop-up around another element.

Note that often custom widgets will want to extend delite/HasDropDown rather than using delite/popup directly.

When displaying a pop-up, there are usually two widgets involved:

Here’s an example that illustrates how a widget might open and close a drop down using delite/popup. It's the basic pattern followed by delite/HasDropDown.

As you can see, there are three essential calls here, popup.moveOffScreen, popup.open, and popup.close. popup.moveOffScreen wraps the popup widget in a container, appends it to the <body>, then moves it off-screen so that size measurements are possible. Once that’s done, it opens the pop-up by calling popup.open. Finally, the onExecute and onCancel callbacks both call popup.close, passing in the correct pop-up widget to close.

Opening a pop-up from a parent widget involves calling popup.open with a kwArgs object that provides information about the pop-up and its related parent widget. The available properties for this object are:

While only the popup property is required, most pop-ups will normally need to also provide onCancel and onExecute callbacks (as explained below) as well as either an around or x and y properties.

Notes on Widgets Used as Popups

However, there are three important events that the pop-up widget can emit to hint to the parent widget that it's ready to be closed:

delite/popup will monitor for these two events and inform the parent widget when either of them is executed.

Here’s an example from a pop-up widget that triggers onExecute when it’s been clicked:

Popup widgets should display a scroll bar if necessary if their height (or width) is reduced. The height/width may be reduced so that the popup fits within the viewport.

Displaying a scroll bar can be handled by:

The lifecycle of a pop-up widget looks like this:

If the user clicks a blank section of the screen in order to close the pop-up instead of interacting with the widget, then the ending steps of the lifecycle are slightly different:

Pop-ups can open other pop-ups. This ability is leveraged heavily by menus. To facilitate this, delite/popup keeps track of the entire stack of open pop-ups. In the case when a hierarchy of pop-ups all need to be closed at once, calling popup.close on the top-most pop-up will close all child pop-ups. This means that parent widgets do not need to maintain their own stack of pop-ups in order to ensure that they can clean up properly after themselves.

delite/popup automatically listens for key presses on the ESC key as a way to cancel the highest pop-up and return to the parent node (which may itself be a pop-up). When the ESC key is pressed, the onCancel callback passed in the call to popup.open is called. delite/popup also listens for the TAB key, and if it sees it, the entire stack of pop-ups is cancelled (in the case of menus, where one pop-up has opened another and so forth).

Note that in neither of these cases does the delite/popup code directly close any pop-ups. It just calls the onCancel callback defined in the call to popup.open. That callback then is responsible for calling popup.close(popupWidget).

popup.moveOffScreen should be called on any nodes that will be used as pop-ups. Its main function, besides hiding the node, is to attach it as a direct child of <body>. The reason this is done is to ensure the node doesn’t get cut off if it is inside a <div> with a short height. (For example, given a button inside a TabContainer, the pop-up might want to overflow past the bottom of the TabContainer.)

Note that this design decision makes TAB key handling particularly difficult, and it’s not handled perfectly: if a user hits the TAB key while on a sub-menu of a MenuBar, or any drop down from a DropDownButton, they probably expect the focus to go to the next element after the MenuBar/DropDownButton. However, since the drop-down has actually been repositioned as the last element in <body>, just letting the browser handle the TAB key won't do what the user expects.

As a compromise, the TAB key (while focus is on a pop-up) will re-focus on the DropDownButton/MenuBarItem that spawned the top pop-up. This is handled by the code that calls popup.open, in the return handler for onCancel.